In November, our Foundation's archivist took a look back at the advent of electricity at Princethorpe. Electricity came rather late to St Mary’s Priory and until the early 1950s all the school lights were provided by acetylene gas that was made on-site. It was often described as poor quality and rather smoky.

The light quality was so poor in fact that the girls tell a story of one of the teachers preparing for bed and accidentally covering her face in boot polish rather than face cream. You can imagine the howls of laughter when the pupils spotted the mistake!

Whilst some of the school lights were changed completely from the gas fittings shown in Senior Study Rooms postcard (SMP.24.2.69), we are very lucky that they adapted the gas mantles in the chapel so we still have the beautiful ornate fittings over the stalls (PC.24.02.280a). 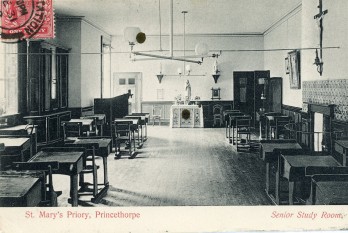 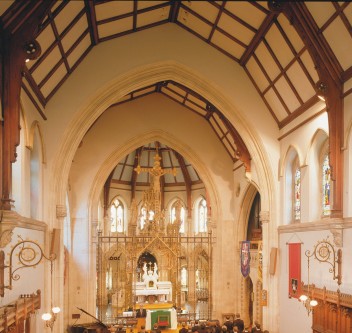 As you can imagine, there was much excitement when the girls returned in September 1950 to find electricity was being installed at the Priory. It quite inspired their creativity - although from reading their poetry you can see that the installation was not without some issues! 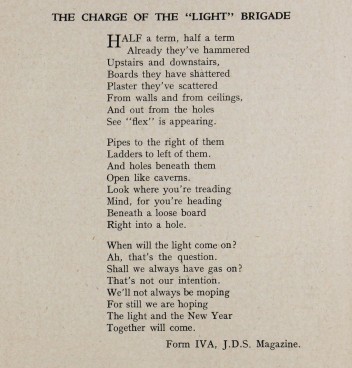 In the lead photograph you can see the substantial complex of buildings that were the gas works and it shows just how much work went into producing the gas. It is easy to miss the ruins these days, that are situated at the bottom of the Sixth Form Lawn.

The man in the photo is a bit of a mystery and our archivist, Janette Ratcliffe, is on a mission to find out more information about him - even if it is just his name!