Last week's Hong Kong and Far East Reunion gave me the opportunity to delve into the archives to see what I could find about boarding at Princethorpe College but there is a lot more I'd like to learn. Showing the North and West Wings where the boarders' bedrooms were

The first thing that I discovered during my research for last week's reunion is that very few records relating to boarding have made their way into the archive for any of the Foundation's current and legacy schools. We have a small number of photographs and references in the school magazines for boarding at Princethorpe College and even fewer records for St Bede's College, St Mary's Priory or St. Joseph's Convent School.

This is where I am asking for your help - if you boarded at any of the Foundation's schools, please could you consider completing the questionnaire below and donating any material from your time here to the archive. You will need to scroll down within the questionnaire itself to complete each question and to submit it at the end. After you have completed it, I hope that you enjoy reading the rest of the article about boarding at Princethorpe College which continues below.

When Princethorpe College opened its doors in 1966, there were a total of 40 boarders within the school's pupil numbers. Only a decade later, this number had increased to nearly 200. Princethorpe continued to welcome students from all over the globe to this remote part of Warwickshire until 2004, when it became unviable to continue doing so.

Father Clarkson MSC does a great job of describing the boarders in this extract from his article 'A day in the life of...'.  (reference PC.27.3.1.08). Written in 1978, it wouldn't have seemed out of place even decades later in many boarding schools I am sure and really adds an extra dimention to the photographs in the article.

"In the boy's dining hall, disembowelled boiled eggs gape murderously at their executors. Cornflakes, Sugar Puffs and Rice Crispies, pop, crackle and bloat as bedraggled and dishevelled boarders drown them in milk. Pieces of cremated toast are smeared with sticky marmalade and munch, chew, bite and grind, the breakfast is launched. Oh, for the culture of a meal amongst congenial company!... 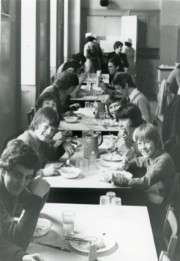 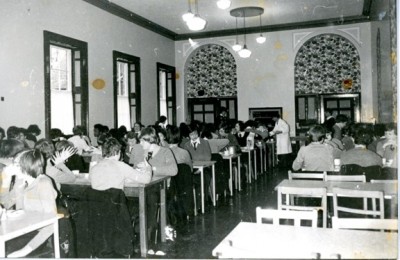 A visit to their wing reveals rooms bedecked with pop artists, gaudy drapes, assortment of pictures and kilometres of sellotape. Penetrating sounds emanate from ever-improving, electronically equipped guitars and shatter any atmosphere conducive to study. Lower Sixth, not burdened with any imminent examinations, idle and laugh and discussively anticipate the next game/ outing/ social with a sense of liberation from the confines set out for them..." 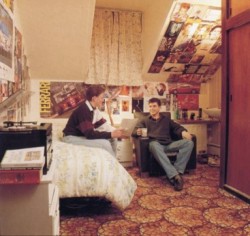 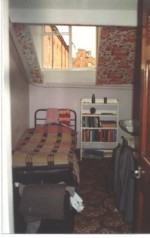 In his article titled 'A Sixth Form View' for the 1973 Princethorpe Magazine (reference PC.27.3.1.04), Rino Cerio reflected on his time as both a day pupil and a boarder. When he writes about boarding, he states "I can honestly say this is where I saw the potential of Princethorpe. I started in the dormitory, then joined a room for four and then two in which I remained. The boarder's life gave me a degree of independence, self discipline and the ability to think. Responsibility was expected from me as I grew older..." 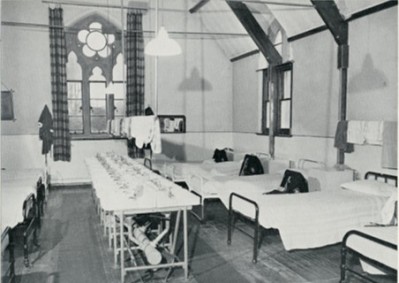 The glowing review of being a boarder provided by Rino Cerio is contrasted with this humourous article in the 1990-91 Princethorpe Magazine (reference PC.27.3.1.16), perhaps unsurprisingly written anonymously. Titled 'The Secret of Bill Barrett - Bored Boarder', it was written over the course of the week from the point of view of a weekly boarder. I won't reproduce the article here (if you'd like to read it, it can be found on the archive catalogue here) but some things that struck me from reading it were a) how much time was spent playing in the grounds, especially Switzerland, b) that the boys played a lot of sport in the evening (probably in an attempt to tire them out) and c) the large number of pillow fights 'Bill' seemed to be involved in (despite his grumbles about adults ruining his fun). For a pupil claiming to be bored all the time, being a boarder actually seemed like quite good fun!

I hope that you enjoyed the brief look at boarding at Princethorpe College, please do complete the questionnaire embedded above if you can help fill in the gaps in the archive about your time as a boarder. I look forward to reading your responses!